There’s a lot of talk about the environment, green economies, climate change and a lot of horrific predictions for 2055 (and all factors constant, most of us will still be very much alive and very much in control of our mental faculties .) But sometimes I can’t help but feel that we are dealing with all this stuff in a tediously round about way that people like to call ‘digging a hole to fit a ladder to clean the basement windows’.

Especially when I learn about groundbreaking green technology, the game changing benefits of organic products and the transformation of our world, one bag of  fair-trade coffee at a time:  then I remember that I’ve heard it before.

In the republic of Rongai.

Here is my list of mutton dressing up as delicious, tender (and expensive) lamb:

Did you know that developing urban rainwater harvesting solutions greatly improves the quality of water and volume collected, as well as the applications of said rainwater?

Did you know that one millimeter of rain on one square meter of your roof equals to one liter of water?

Not that one either?

Well, neither did I. But I did know that no tanks meant no water. And that’s how I learnt how to brush my teeth with the tap off.  But just in case you confuse it with peasants trying to be cheap, you can get some stylish, box shaped tanks like this one: 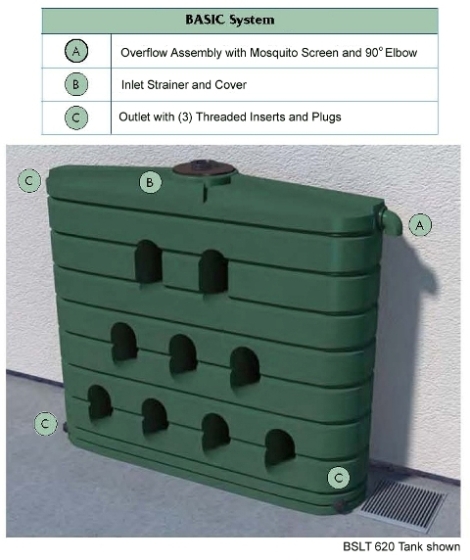 It’s no secret that people are becoming increasingly disgusted the number of unidentifiable chemicals in food, cruelty to animals and rising food prices. Enter urban agriculture, which is the practice of cultivating crops and keeping animals in urban and peri-urban areas. 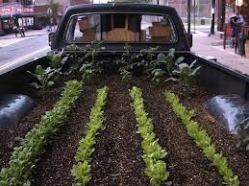 Back in the day, we decided to keep rabbits. The line between pets and food was blurry at the best of times, but then they did that rabbit thing where they doubled, tripled and quadrupled until we started worrying about little in-bred monstrosities popping up soon. So, one fine Saturday morning, we transformed all of them into edible goods. And then  had rabbit for what felt like a year to me. Apart from swearing off rabbit meat since then, that is how I understood that a little blood is no reason to feel guilty about not being vegetarian. That’s the cycle of life for you.

Fast-forward into 2012, and my professor is telling me about her pet chicken that lays her organic eggs. I’m glad that the rest of the world has slowly began deciding that there ain’t no shame in growing your tomatoes on the windowsill or having a few chickens in your flat. So long as its called eco.

Using old crap that nobody else wants is now okay, because its called being eco-friendly. 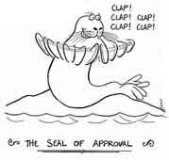 Plus you get brownie points for doing something good.

In Rongai it was called ‘we don’t have money for anything else, so suck it in.’

Don’t get me wrong, I am glad that more and more people are trying to do good, you know- save the environment by letting their money do the talking. Buying from companies that promise ethical, partially recycled, maybe once artisan products.

I just worry that maybe we are being taken for a bit of a ride, that’s all. (Check out an interesting campaign called Think. Eat. Save if you really want to make a difference.)

Here’s a confession- growing up, I secretly wished that I could walk around, unwashed, wearing ugly sandals and flowing Indian clothes. I hoped that one day I too would have licence to stumble about, mouth hanging open, invading people’s privacy by taking pictures of stuff with my very cool and expensive looking camera.

At some point I realized that trying very hard to be different from the masses turns you into a cliché yourself, and that sometimes this truth is evident to everyone but yourself.

So when I met a gang of  under-dressed, tattooed vegans who described themselves as long term travelers, I was intrigued. Maybe I could do the same thing? Maybe I could also make statements like

‘My home is my backpack and I am a nomad.’

Maybe I could finance my travels by making jewelry, reading palms and playing a myriad of instruments? Stick it to the Man once and for all by embracing an obscure Asian religion and changing my name?

Who am I kidding? I has the wrong passport.

Anyway, since none of the  trips I ever made involved acting out my hippie fantasies, I present you my very own top tips to having an awesome holiday:

Don’t be a Dead-weight

Group dynamic is very important when you want to travel with strangers, or even your own friends. You see, there’s leaders, and there’s followers. And then there are dead-weights. Dead-weights are happy to let everyone else make decisions for them, put them on a leash and shepherd them from destination to destination. Dead-weights come into their own when something goes wrong, and are often the ones who complain the loudest about everything. The hostel sucks, why are we looking at this sh*t? I’m tired. This is boring.

Don’t be a dead weight. Just don’t. Suck it in- following someone else’s plans is also a choice in itself. Remember that as you get rained on in the middle of some God forsaken town as you watch the last bus speed away.

You know what doesn’t work? Trying to make yourself feel at home. Especially when it comes to food. I see people trying to recreate the taste of home over and over again, only to be bitterly disappointed. So…trying to find a replacement for paneer will not end well. Neither will buying pineapples north of the equator. Ditto for finding aged cheese in India. You can wait till you get home for that stuff. And above all, no-one wants to listen to a 45 minute lecture about how bad whatever it is you are eating is, and how much better it normally is at home. Don’t, just don’t.

Same goes for complaining about transport and people. Yes, we know, your country is awesome and people are nice and no-none stares and you get everything you want and everyone understands you. It’s okay, be strong, its only a few more days till you can go back to your Utopia.

Don’t be embarrassed about being a tourist

Memory can be a fickle thing. So take pictures if you want to. Instagram the shit out of them and use a million #hashtags if you want to. Especially if you visit landmarks that are a must see. Spend half an hour getting the perfect shot of you jumping in the air and touching the top of the building or whatever. Take 15 shots of those pretty flowers that you saw if you want to. Ignore people who tell you that you can download those images from Google and indulge your fantasies about being an awesome photographer (we all have them…) You are on holiday, what else are you going to do?

Remember it could be much worse

Because getting lost isn’t just getting lost- its fodder for that ongoing war of attrition between mom and dad.  Screaming matches in public during dinner are not so funny in real life.  Going to a museum isn’t about culture. It’s about struggling with adolescents who see more value in their phones than in whatever dusty crap their folks are shoving their faces into.

Remember that when your plans don’t work out as imagined.

Leave your comments- best holiday, worst holiday, what works for you, what you resent about tourists invading your city…

Climate science from the inside

Of Life and women.

Write the story of your life, that time won't forget.

A place to enjoy topics of science and philosophy

I deserve to know

njeri.unedited
From A Man's Diary

a walk in my shoes

Author of Romance. Blogs about Scandinavia, Vikings and books.

A travel blog about my adventures (mostly) camping in Kenya.

Can you stand the heat?

A Pan-African Writers' Collective and Publisher

A Learning Resource for College Students in South Asia

Assuming nothing; questioning everything

"Let me live, love and say it well in good sentences." - Sylvia Plath